Uttara Model Town is the dream neighborhood for many. It is known for being peaceful and it is located far away from the hustle and bustle of the city. Away from the traffic of other parts of Dhaka, the planned neighborhood was made to be a haven for family living. With top-notch educational institutions and amazing healthcare facilities, it’s understandable why many consider the area to be their dream neighborhood. The Dhaka-Mymensingh Highway divides Uttara into East and West, with Uttara West consisting of the Sectors 1, 3, 5, 7, 9, 11, 12, 13 and 14.

The thing that’s keeping Uttara far away from the rest of Dhaka is the huge area that the Airport is covering, as well as its long runways. The Airport ends at the southern edge of Sector 1. The border wall is going in a north-western direction, parallel to Jashimuddin Road. The wall continues alongside Sector 3 and 5. Sectors 1, 3, 7, and 9 are located adjacent to the Dhaka-Mymensingh Highway. And to its west are the Sectors 5, 14, 13, 11, and 12, which is the westernmost Sector.

What makes Uttara one of the best residential areas in Dhaka is the amity between its residents. The community is very well mannered and maintains good relations amongst each other. The people living in Uttara take initiatives of their own to keep the streets clean. And with a park and playground in each sector, the people are also very health conscious. What used to be a jungle 25 years ago has turned into one of the most well organized planned neighborhoods in Dhaka city.

When Uttara was being planned out by city planners, a utopia for the middle-class was envisioned. However, the area ended up being not only home to the middle-class, but the upper-class as well. With time, as the area became more developed, people of the upper-class started to move into the neighborhood. Some of the buildings in the area were built by private citizens, while others were built by developers. The rules state that no buildings can exceed 6 stories, which is why more than fifty percent of the buildings in Uttara are 6 stories or below. Nowadays, permits for buildings up to 12 stories in height are given. The size of homes in Uttara range from 800 square feet 2 bedroom flats to 4000 square feet luxury apartments. Alongside Dhaka-Mymensingh Highway, you will find banks, offices, and numerous shops. Numerous shops and restaurants can also be found on Gareeb-e-Nawaz Avenue, Gausul Azam Avenue, Shah Makhdum Avenue, and Sonargaon Janapath road. 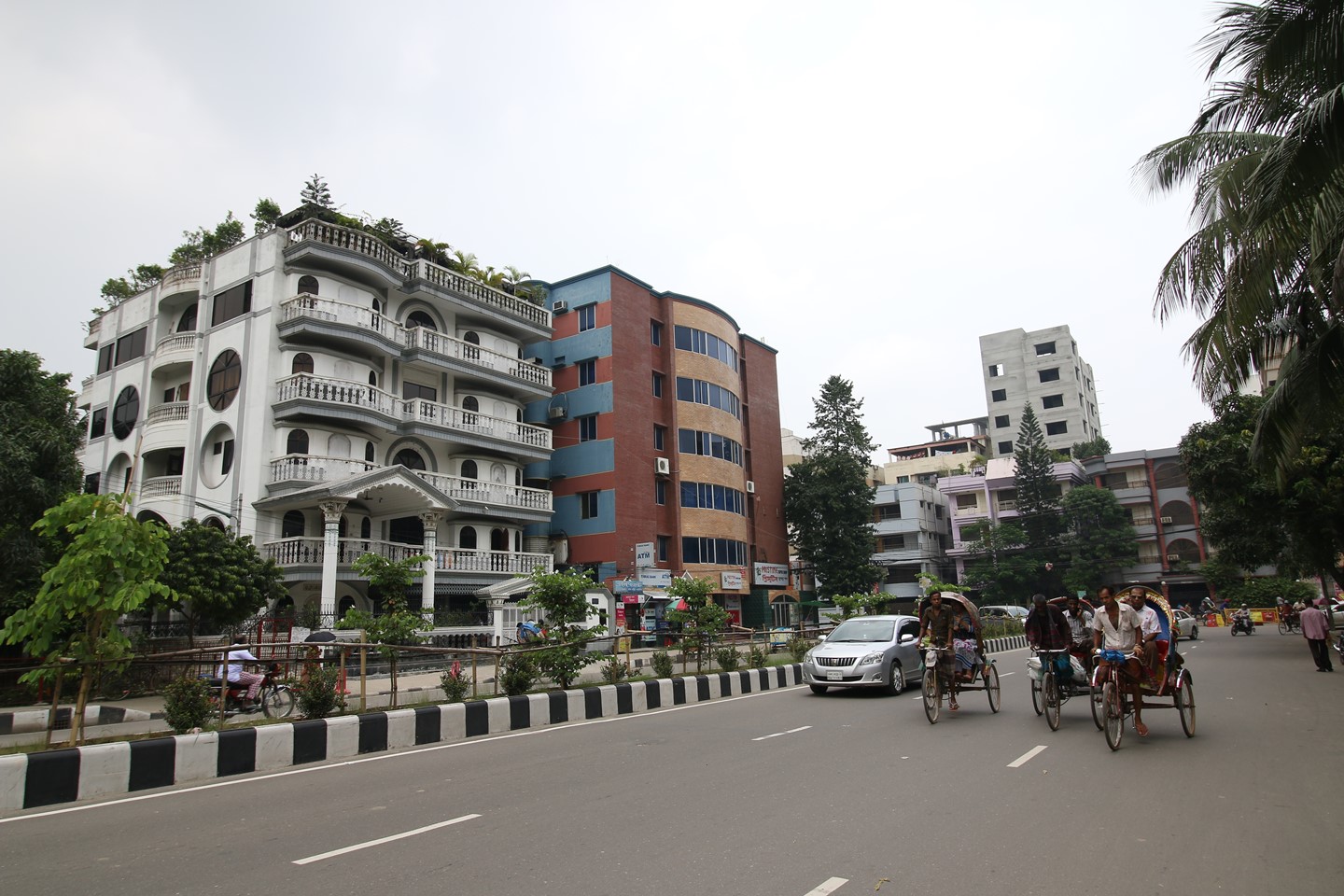 Both intra-city and inter-city transportation is available from Uttara. There are rickshaws for travel inside the different sectors of Uttara West. Individuals can also choose to use their own private vehicles. The public transportation network inside Uttara West runs from Sonargaon Janapath and goes into the Dhaka-Mymensingh Highway. In the area, there are taxis, CNGs, and numerous AC and Non-AC buses. The availability of such mass transportation is why it is easy to travel to anywhere in Dhaka from Uttara. Best Satabdi is an AC bus service that runs from Diabari and goes all the way to New Market. Raidah is a bus service that goes via Pragati Sarani. There are also numerous bus services that go to Mirpur and Motijheel.

There are many schools in Uttara West. Scholastica, which is one of the top English Medium schools of the country, have their main campus in Sector 1, with their Junior Section located in Sector 3. There’s also Mastermind in Sector 14 and South Breeze in Sector 11. Uttara West also has some good Bengali Medium schools and colleges, like Uttara High School & College and Milestone School & College. Uttara High School is in Sector 7, while Milestone has multiple campuses across different Sectors throughout Uttara East.

One of the most renowned healthcare facilities in Uttara West is Uttara Adhunik Medical College & Hospital. It used to be called Bangladesh Medical, up till another hospital called Bangladesh Medical popped up in Dhanmondi. The hospital is located on Sonargaon Janapath in Sector 9. You will also find Crescent Hospital in Sector 7, which is popular amongst the people of Uttara seeking medical services. Gareeb-e-Nawaz Avenue also has a host of diagnostic centers and clinics, including Lubna General Hospital, Labaid Diagnostic, and Ibn Sina. Residents of Uttara West will never have any problem finding adequate medical healthcare facilities in their neighborhoods. 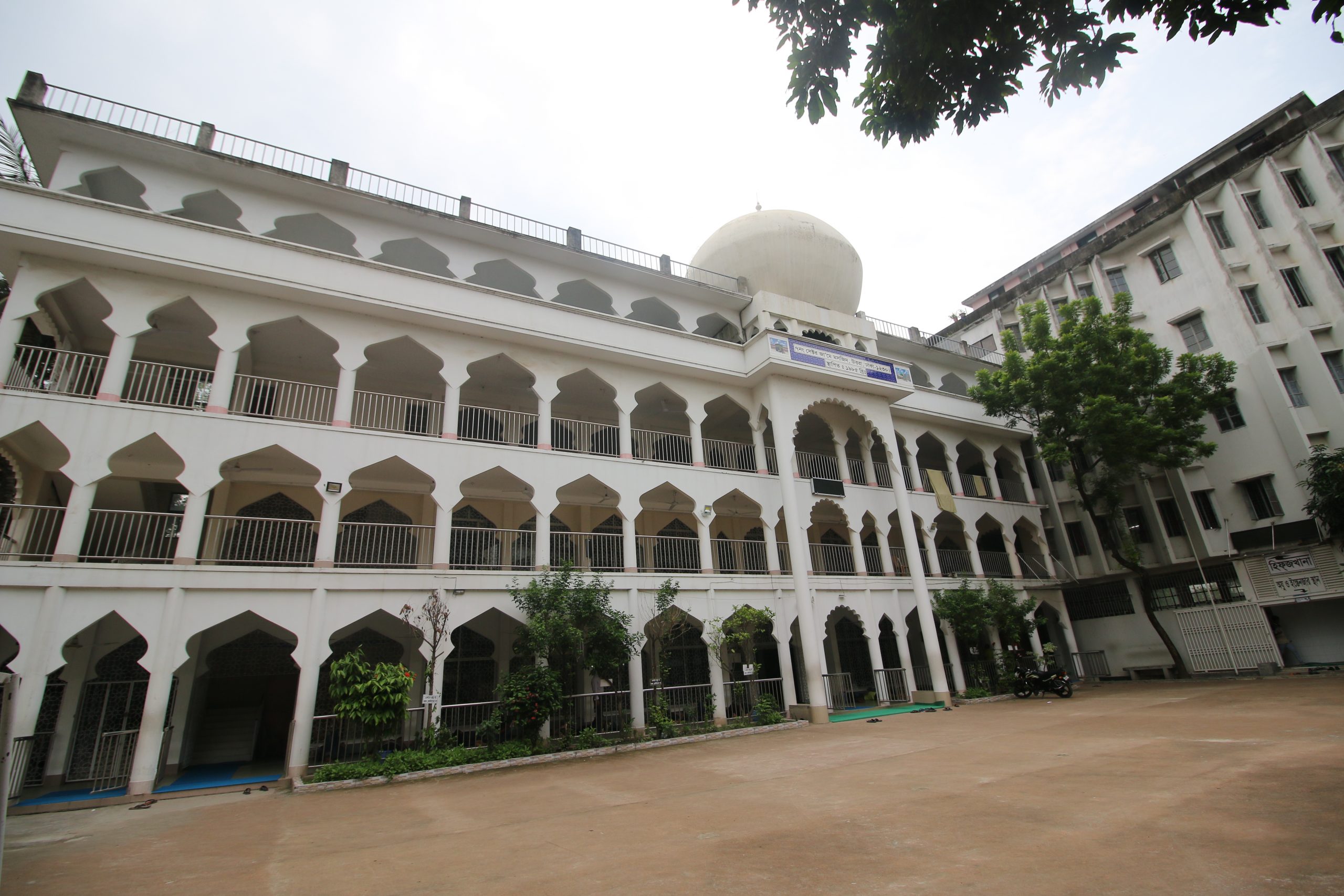 Uttara East has numerous mosques, with each sector having its own individual mosque. These mosques are well decorated, with beautiful gardens. The area also has a Hindu Temple in Sector 11, with a large, grand pavilion for worship.

To the south of Uttara West, there’s the Hazrat Shahjalal International Airport, which covers a huge area. The Dhaka-Mymensingh Highway is on the eastern side of the area. If you go westwards, you will come across Phase 3 of Uttara, better known as Diabari.

Starting from the Hole in the wall restaurants to international fast-food chains like KFC and Pizza Hut, Uttara West has it all. There are also the food carts of Uttara West, some of which have gained a lot of popularity. There are food establishments such as Khana’s, Shawarma House, Red Chicken, Kingfisher, and BFC in the area. Those looking for coffee and conversations will also not be disappointed, with coffee shops such as Crimson Cup and Coffee World. All in all, Uttara West is food heaven for foodies

Along the main road of Uttara, there are a few shopping spots. From clothes, bags, shoes to daily necessities; you will find everything in these stores. You will also find electronic stores selling gadgets and accessories. There are also numerous brand shops in Uttara, most notable of which is the 6 storied Aarong Outlet located near Jashimuddin Road. Then comes Rajlokkhi Complex, which is one of the oldest markets in Uttara.

It was built by famous Bangla cinema actor Raj Razzak. This part of Sector 3 is one of the busiest in Uttara, and starting from here and going all the way to House Building, you will find numerous shopping malls and markets, including HM Plaza, Kushal Centre, Amir Complex, RAJUK Commercial Complex, Syed Grand Centre, BNS Tower, Mascot Plaza, and North Tower. This is just the outer side of Uttara West. When you go inside, you will find Zam Zam Tower, in the intersection between sector 13 and 11. Gausul Azam Avenue also has numerous supermarkets and brand outlets, such as Agora, Meena Bazaar, and a Walton showroom. RFL also has a huge 6 storied store in Uttara.

When you’re talking about open spaces in Uttara West, your mind will instantly drift towards the multiple parks and playgrounds in the area. The park in Sector 7 had been built as a model for all other parks in Uttara. Sector 11 and 13 also have beautiful parks. There’s also a huge playground in Sector 3, commonly known as the Friends Club Playground. Uttara High School also has a playground in Sector 7. Sectors 11, 12, and 13 also have their own playgrounds.
Parks and playgrounds are not the only beautiful sight in Uttara West, there’s Uttara Lake. Spanning from Sector 5 in the south and going all the way to Sector 11 in the North, the lake covers a massive area. Not only renowned for its beauty, the lake has become a very nice place for walking, with beautiful walkways covered in greenery.